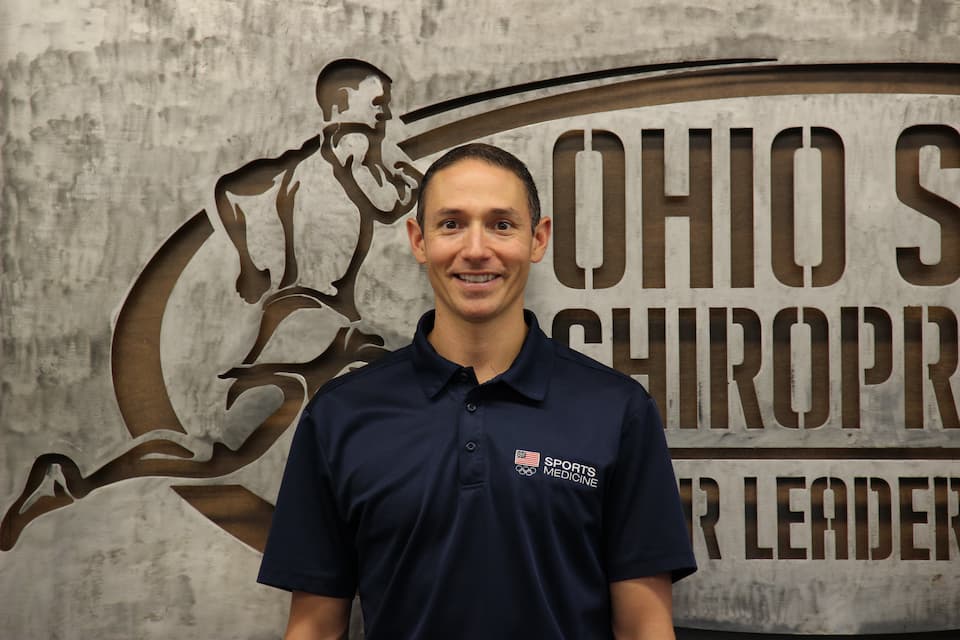 Dr. Leo C. Kormanik II “treats others as he would like to be treated.” As an elite distance runner and 2012 Olympic Trials marathon qualifier, his career as an athlete was littered with injuries. Due to these setbacks, he dedicated himself to learning the best ways to treat and prevent injuries both swiftly and effectively, therefore shortening recovery time for the athlete, and preventing future setbacks. As a result, Dr. Kormanik is not only proficient in the spine and extremity adjusting but is also certified in Active Release Technique (ART), Graston Technique, Fascial Abrasion Technique (FAT-Tool), and Dry Needling.

Dr. Kormanik is recognized by the American Chiropractic Board of Sports Physicians as a Certified Chiropractic Sports Practitioner (CCSP). This means Dr. Kormanik is one in a select group of chiropractic providers capable of treating athletes at the highest level of professional sports. He has also volunteered as a physician for USA Track and Field and USA Gymnastics at numerous championships and events. Furthermore, in 2016 he completed an internship at the Olympic Training Center headquarters helping to prep the USA teams before the Rio Olympics. Dr. Kormanik was also selected as the volunteer team chiropractor for Team USA for the IAAF Junior World Track Championships in Finland in 2018. 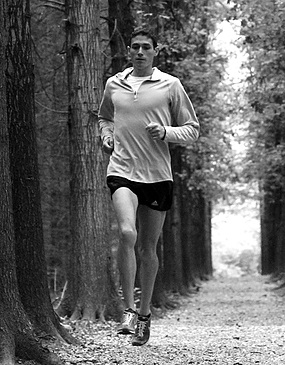 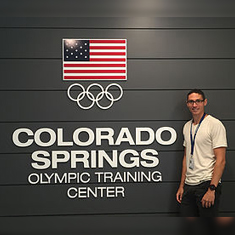 Dr. Kormanik by no means limits himself to treating athletes. His goal is to help anyone looking to improve their personal performance health. Performance health goals will vary from person to person. For example, reaching optimal performance health can mean less pain while walking, more strength doing yard work, shooting the winning goal, or running a personal best.

Dr. Kormanik attended Life University in Atlanta, GA (2008-2011) where he earned a Doctor of Chiropractic degree and a Masters in Sports Injury Management. Born in Akron, OH and a graduate and Hall of Fame member of Malone University in Canton, OH, he chose to bring his passion for performance health home to northeast Ohio by opening Ohio Sports Chiropractic in 2012.

Dr. Matthew Pisanelli earned his undergraduate degree from the University of Akron. He then decided, following an injury, to go into chiropractic school. Dr. Matt graduated from New York Chiropractic College in 2014. While attending NYCC, he was able to maintain a Deans list GPA throughout college. During his studies, he learned a variety of adjustment techniques such as Activator, Gonstead, and Diversified. Since graduating he has become Graston, NIMMO, Active release technique (ART) whole body and Nerve entrapment certified, and IDN dry needling certified. He is currently active in the Dynamic Neuromuscular Stabilization (DNS) realm and recently earned his Chiropractic Sports Physician Certification (CCSP). 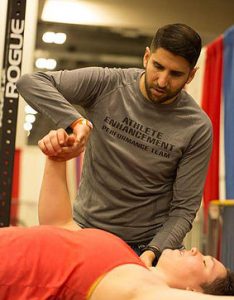 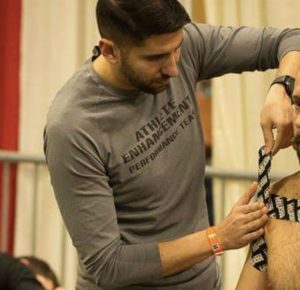 While in chiropractic school Dr. Matt participated in Chiro-Games as a member of the winning distance team. He enjoys the outdoors, and avidly hikes, runs, and fishes. One of his proudest accomplishments is completing 28 of the 46 high peaks in the Adirondack State Park, in New York. Dr. Matt’s running career has ranged from the 800/1600m in high school up to the half marathon.
Outside of treatment, he enjoys spending time with his wife and son. They enjoy family hikes, trips to the zoo, and running around outside.

He is passionate about injury prevention and works hard to provide the best care to his patients. He looks forward to treating you soon! 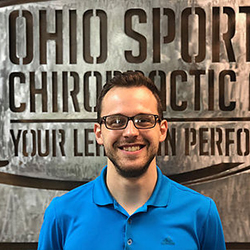 After school, Zach began working at Ohio Sports Chiropractic and Rehab in 2014 as a Chiropractic Assistant. Wanting to further his career and become more hands on with patients, Zach decided to attend the Cleveland Institute of Medical Massage, where he earned his Massage Therapy License in early 2019.

Zach Goulet, a graduate from The University of Akron, earned his Bachelor’s degree in Science Education with a concentration in coaching and sports management in 2014. While at Akron, Zach competed in Cross Country and Track. While primarily a miler, he was a member of the school record-setting Distance Medley Relay (DMR), and helped the Zips to win multiple MAC Championships in his five years competing for the University.

Zach has a passion for functional movement and coordination and enjoys being able to help people overcome pain and injuries with specific care and compassion for the patients he treats. 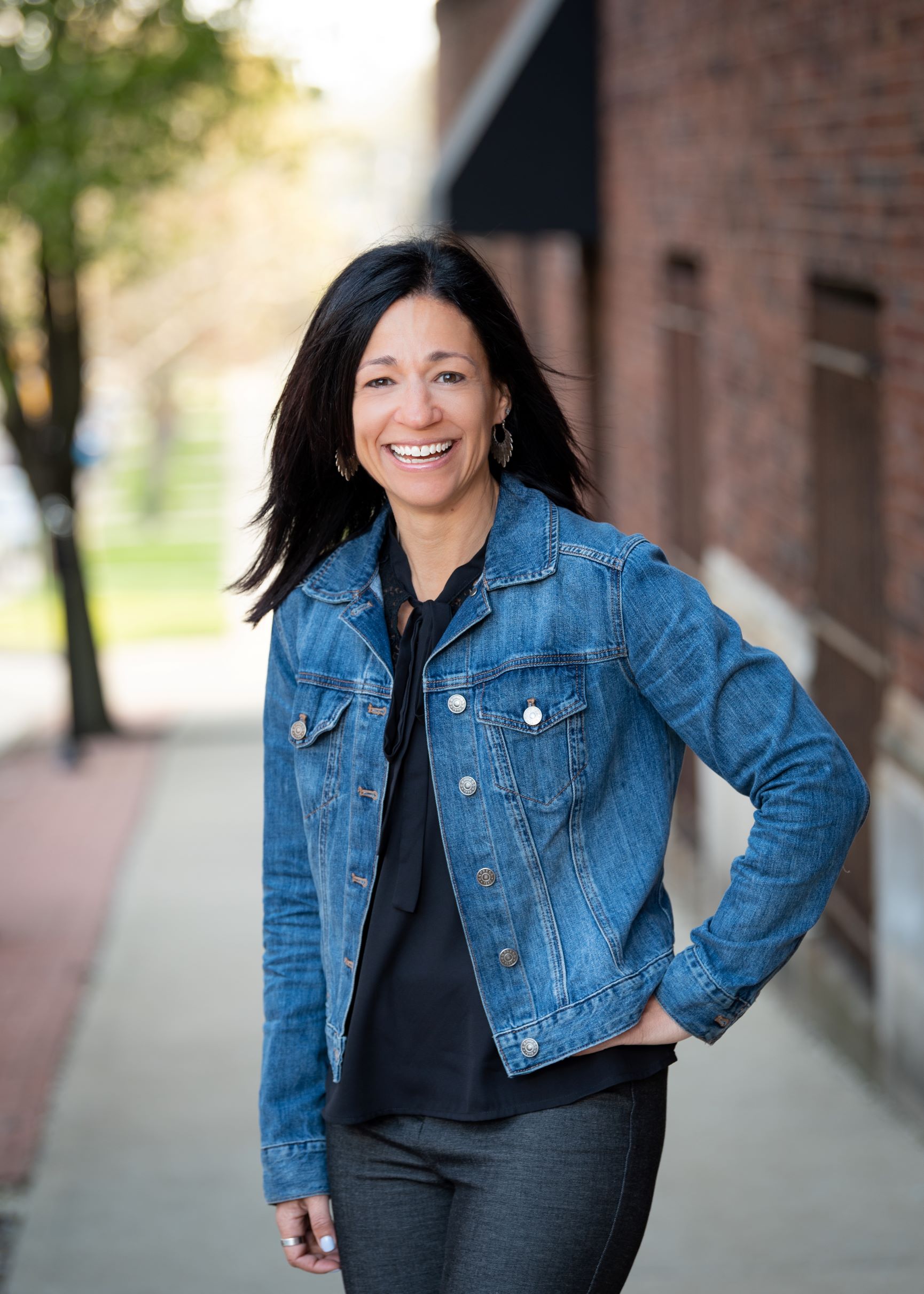 Lisa graduated from The Ohio State University in 1996 with a degree in Occupational Therapy.  As her career progressed, Lisa realized there was an underserved population of women, men, and transgender people that deal with personal health issues without options for treatment. She transitioned her passion of providing Occupational Therapy into the world of whole-body movement including inner core and pelvic floor. As an Occupational Therapist, Lisa is well-trained and equipped to focus on the whole person.  Her training includes myofascial release, visceral manipulation, anextensive pelvic floor and inner core training.  She has had specialized training to address both the needs of the female and male pelvic floor.    She is a certified BRM Pro (Body Ready Method) which focuses on the needs of the prenatal/postnatal body.  She is also a certified HCR coach (Holistic Core Restore).   In 2019, Lisa cofounded Next Level Therapy, with the goal of providing therapy in a more individualized, focused, and personal manner.

Lisa’s passions include distance running, biking, and weightlifting.  Her sports accomplishments include 7 marathons with her proudest being her PR at The New York City Marathon in 2016.   In her spare time, Lisa enjoys being outdoors and spending time with her husband and daughter.  As an active person, Lisa is very aware of how injuries or bodily limitations can prevent us from doing what we love to do. Fear of leaking, pelvic pain, GI issues, can limit us in our performance of daily tasks and/or achieving our goals (i.e., picking up our kids, carrying that bag of dog food, participating in a daily run, enjoying sex, etc.).

Lisa is very excited to be welcomed into the Ohio Sports Chiropractic office. She credits her first marathon to working with Dr. Matt who helped her overcome her own running injury while training.  When we are limited by our bodies to perform physically, our mind is also adversely affected.    Lisa is excited to work with you collaboratively to achieve your personal goals. 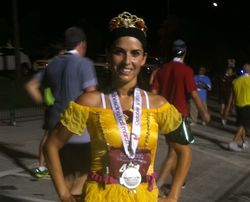 Our Practice Manager, Samua, has been with Ohio Sports Chiropractic since the early days. Samua both manages our billing and insurance needs as well as working the front desk.

Samua has a passion for running and has completed multiple races, her favorites are the Disney races, including Dopey and Goofy challenges.

Her own personal records were both in 2012; her full marathon PR was at Columbus Marathon and for the half it was at Towpath Half Marathon. Along with running, Samua also teaches Zumba at the Macedonia Recreation Center and Center Stage Dance Studio on some nights.

In her spare time, Samua can be found driving her kids to local sport teams practices, including; dance, soccer, and cheerleading, as well as participating in local school events and groups. Samua enjoys being outdoors, especially the beach, dancing, and being active with her kids. Samua is passionate about health and wellness topics and is always ready to lend an encouraging word to motivate others on their health and fitness journeys. 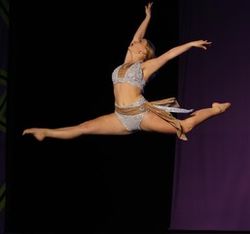 Front Desk Personnel
Ellie Christie is currently studying Psychology at Cleveland State University. While being a full time student she also teaches all styles of dance at Center Stage Dance Studio to all ages. Ellie has had a passion for dance ever since she was 2 years old. She danced at Center Stage for 16 years and is now one of their company teaches for their competitive team.

Her love for dance has lead to many accomplishments such as, performing many roles in The Ohio Conservatory Of Ballet production of The Nutcracker directed by Inna Strabrova former principal Eifman Ballet and Dmitriy Tuboltsev principal Bolshoi Ballet, being apart of Versatile Dance Company a non-profit company directed by Mitchel Federan lead her to performing with Richard Walters an English singer to promote his new album, winning multiply national titles, and being in a Off Broadway show of Break The Floor in New York City.

When she’s not in the studio or in class, she is probably at home cuddling with her puppy watching cheesy hallmark movies. Ellie loves helping others and seeing a smile on their face knowing she was able to help.